The skilled and knowledgeable North Charleston HVAC Contractors at Arctic Air Inc. provide commercial refrigeration and air conditioning services to local residents. We offer complete commercial and residential services with affordable rates and the highest quality of work. All work provided comes with a warranty and guarantee. Arctic Air Inc. is a family owned and operated business that puts our customers first. Our employees are all certified, trained, and experienced. Arctic Air Inc. provides HVAC services that businesses and residents rely on.

Arctic Air Inc. has over twenty years of experience in the HVAC industry. With an A+ rating with the BBB, you can depend on our craftsmanship and knowledge. We have a service to meet all of your needs.

North Charleston, South Carolina is the third largest city in the state with a population of 104,054. The city was incorporated in 1972. The nickname for it is “A great place to live, work, and play.” North Charleston is growing each year, and the motto is “Perseverance, Progress, and Prosperity.” In the early 17th century the city was mostly plantations. The French Botanical Garden was established in the early 1780’s, and was a small plantation of only 111 acres. The plantation was closed in 1803, but the garden is now the airport, and the International Boulevard has been named to honor the plantation, and a marker has been placed for tourists to see.

If you plan on visiting, then you will want to go to the Riverfront Park. The Riverfront Park is open year round, and is on the banks of the Cooper River. There are historic homes located adjacent to the park, and the Charleston Naval Base Memorial is located at the park. The Riverfront Park is home to many events, including the Fourth of July event. The Fire Museum is a must see for everyone. The Fire Museum features twenty fire vehicles that have been restored along with many antique artifacts. Visitors will learn fire safety and prevention along with the history of firemen. There are so many activities to see in North Charleston, South Carolina that you should plan on spending plenty of time here.

Arctic Air Inc. is the heating and air conditioning specialists that residents can trust. Contact us today if you any questions regarding the HVAC services we can provide.

A former pilot in North Charleston wanted to get rid of his window unit and overhaul his house. He wanted to do a lot of the renovations himself, but he called us to do all of the HVAC in North Charleston, because he was not handy when it came to electrical systems. We met with the retired pilot to check out his home and to provide him with an air conditioning unit that would meet his needs.

Our HVAC and air conditioning experts were on their way. 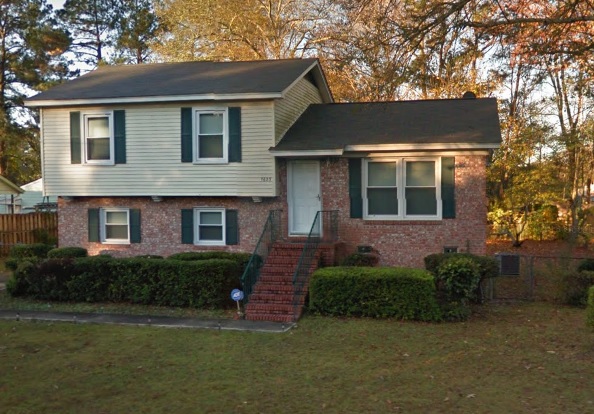 We arrived at the residence at the time requested by the homeowner. We looked over the area where the new AC unit was to be installed and look over the ducts that were at the home. His ducts were set up well, but he still needed to have a new air conditioning unit installed. We showed him several different brands and sizes of air conditioning units, so he could choose one that he wanted. He choose one that was perfect for his medium sized home.

We scheduled a day and time to do our HVAC services that would be accommodating to the homeowner’s schedule, so we could install the new AC unit, and our crew arrived right on time. The crew started installing the new unit, and within a few hours it was installed and ready to cool the home.

Once we were finished with that task, we made some recommendations to the homeowner regarding his remodeling plans. We wanted to make sure he wouldn’t adversely affect the functioning of his new AC unit. The retired pilot was really impressed with our knowledge. He thought about the suggestions we made and he agreed that they were right on track. We showed the homeowner how to set his new air conditioning unit and let him know if he had any questions or problems to just give us a call and we would be right out to assist him.

Several weeks later this homeowner contacted us. He told us that he received his first electric bill using his central air conditioning unit, and was very happy that it was the cheapest bill he ever had. He said if knew how much cheaper his energy costs would have been he would have had us install the unit sooner. The homeowner was so impressed that he has been telling everyone that we are a great North Charleston HVAC company to work with.

AC Repair is Quick and Easy with Arctic Air

Recently, Arctic Air Inc was contacted by a couple in need of our services. The couple had recently had a bunch of landscaping work done at their home and some of the newly planted foliage was draping over their air conditioning unit, so after a week they called Arctic Air Inc for quick and affordable ac repair in North Charleston at their home.

The Arctic Air Inc professional technician arrived at the home to look over the unit. He told them that they needed to slightly adjust the landscaping for optimal performance. He told the couple that the foliage was blocking air to the unit, which was making the unit not perform properly. The technician told the couple they didn’t have to eliminate their plants enitrely, but just that they needed to have the them moved over just a bit. This would allow the unit could receive proper ventilation and be able to produce cool air. The customers were happy to hear that their air conditioning unit wasn’t going to cost a fortune to fix or need to be replaced, and, even though they had just had the landscaping work done, they preferred having the plants moved over a bit because that was more affordable than purchasing a new air conditioning system. While the technician was there he made sure the unit was clean and fully charged. The customers were thankful that they called Arctic Air Inc for their AC repair, because any other company might not have been as honest and they would have spent a fortune in unnecessary repairs.