Happy New Year! Look at what we did!

I hope that everyone had a great New Year’s Day!

As I mentioned in the previous blog post, my family and I planned to go to the 2014 Flip Flop Drop. Because we were unsure of how things were going to be set up, we planned to go early…. actually, really early! As soon at I got off of work, I headed to Target to pick up some long johns. I figured it would be cold. Then, I went home, and we loaded up the car with blankets and chairs. Staci and I were soon on the road to Goose Creek to meet up with my parents, uncles and aunts. Everything went off without a hitch.

We all headed to Folly Beach in two vehicles. We even found free parking close to the area where we were going to be.  Since we have no clue of what will be going on regarding the festivities, my uncle asks a parking attendant where everything will take place. WOW, we were 1-2 blocks away from the place where the Flip Flops were going to drop.

Next order of business…. FOOD! So, we walk a little ways and we find ourselves at Snapper Jacks. There are a number of people in the restaurant, but nothing crazy. We get promptly seated on the second floor.

Because this was a special get together for all of us, everyone who had a camera (or camera on their phone) started snapping photos. Once the commotion quieted down, we ordered our food. 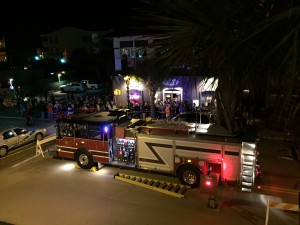 While we were waiting on our food, we decided to explore a little. Actually, I was with smokers who needed to find a place to smoke…LOL. So, we notice that there is a deck on the second floor. And, when we went for the “smoke break”. To my surprise, we were right above where the firetruck was parked. You know… the firetruck that the Flip Flops for the “drop”are attached to.

So we asked our waitress if it was ok for us to hang out on the deck after we ate. She said yes. So, we ate our food, and it was DELICIOUS. (We will definitely going back to Snapper Jacks.) Then we made our way to the deck to watch everything go down. 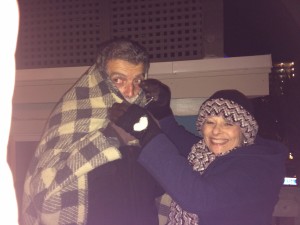 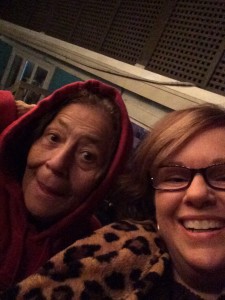 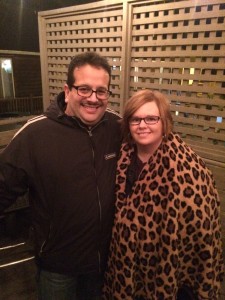 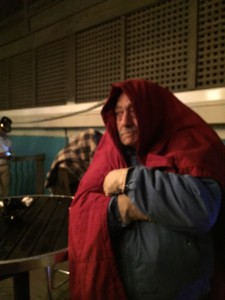 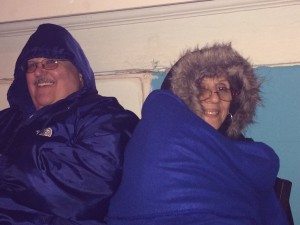 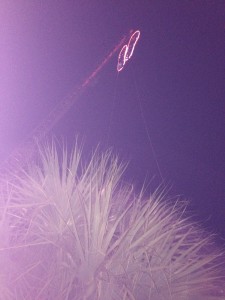 Here is what I found to be really funny. My parents, my Aunts, and my Uncles are ALL from New York. You know, where it is really cold…where it snows on a regular basis. NEW YORK. You would have thought that we were in Alaska. They looked like Eskimos in a snow storm. 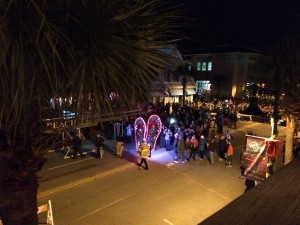 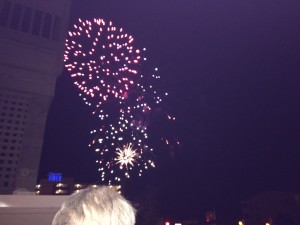 So, this year, my Aunt Esther got to scratch the Flip Flop Drop off of her bucket list. I am praying that she will be with us next year to do the same thing again!