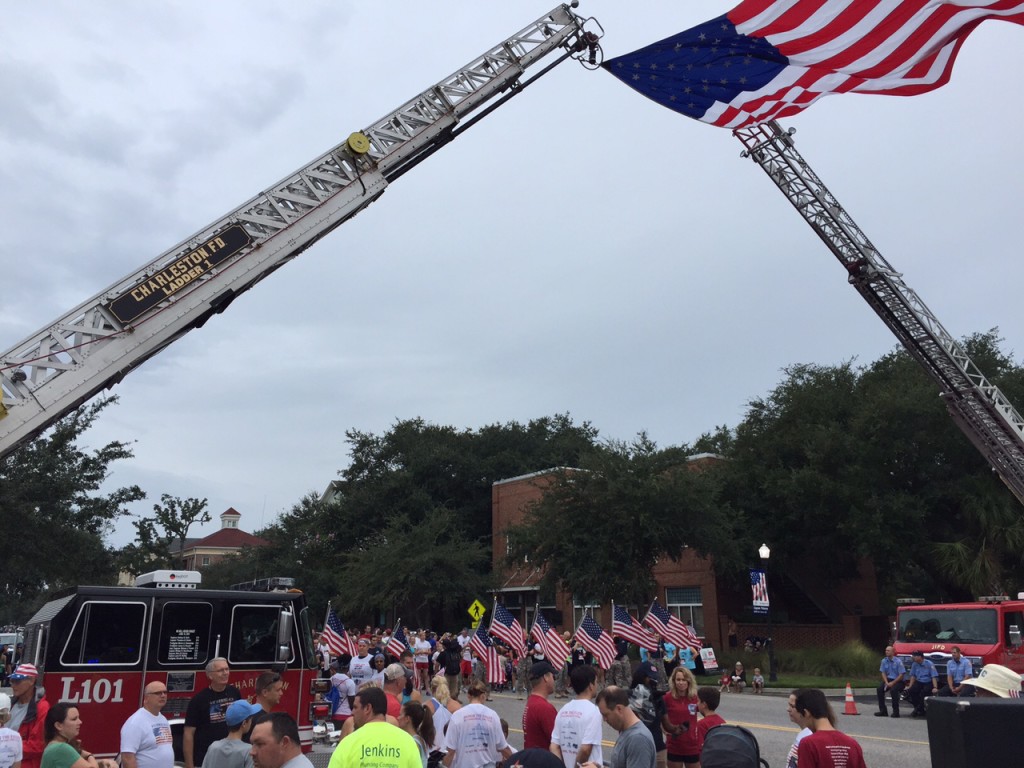 Of course, Friday of last week was 9/11. A day that will not be soon forgotten. Many were lost on that day in 2001. War was declared. Many have since served. Many sacrifices have been made. Many have lost their lives. Yet, in all of the tragedy, Americans have continued to serve, continued to sacrifice, continued to honor those lost, and continued to fight for what the USA stands for! 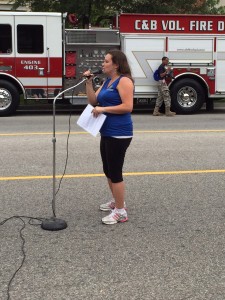 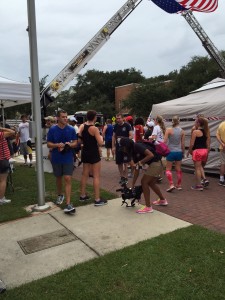 It was an honor for Arctic Air, Inc.  to be a 2015 sponsor of this year’s Travis Manion – 9/11 Heroes Run on Daniel Island, SC. Theresa and Jesse Faircloth (the director and co-director) live right beside me. I heard of the event in the past, but didn’t totally grasp the impact that being a part of this would make. Both Theresa and Jesse have been working for almost a year trying to get ready for this event. What is so inspiring about this run, is that not only do funds go to support the Travis Manion Foundation which serves injured military men and women, but funds also go to local agencies.

This year, the Goose Creek Fire Department, C&B Volunteer Fire Department, and the SCFOP Distressed Officers’ Fund will be recipients. This money will help pay for needed safety equipment, and other services to help our First Responders.

When Staci and I arrived on Daniel Island, there was a such a positive “vibe” in the air. Everything was so professionally done and easy to navigate. We parked, then jumped on a shuttle that took us to an area right beside where all of the activity was happening. It was a cool day with a slight drizzle of rain, but this did not stop the excitement of honoring the military, and first responders. Actually, the weather was great!

It was such an honor to be a sponsor of such an event!

Booths were set up. People were everywhere. Everyone was polite and kind.  The run was well organized. This is how we should be honoring our military and first responders.  Yes, with out a doubt… this is how it should be done. 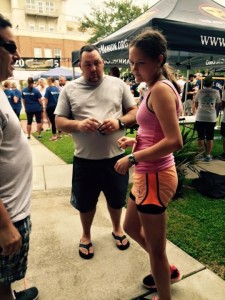 We were able to meet up with our friends Kurt and Cheyenne. Cheyenne, a 13 year old from Moncks Corner,  volunteered to run the 5K for Arctic Air.

I am not sure how I got such a great vantage point, but the Guest of Honor was Kyle Carpenter. Kyle was a Corporal in the US Marines. He is the youngest living recipient of the Medal of Honor. What did Kyle do to deserve that, you might ask? He through himself on a grenade to protect one of his fellow Marines. He has had over 40 surgeries since that time. The scars on his body reminded me that this is not some video game that we play. This is real life. (You need to check out the whole story here, as this brief few sentences does not nearly come close to what actually happened). Kyle Carpenter, a true American Hero.

Because of my great vantage point (I was 2′ behind Kyle), I was able to record most of the opening ceremony. I have posted the clips on YouTube.com. These short clips, but include the Charleston County Police Bag Pipes,  Welcome by Theresa Faircloth, Introduction of Kyle Carpenter, the National Anthem, and the start of the race.

We were excited to find out that Cheyenne Benack came in 3rd in her age group!  Way to go CHEY!! 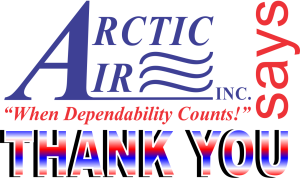 Finally, thank you to Theresa, Jesse, Terri and all of the other volunteers that helped to make this event great. An even bigger THANK YOU to the men and women who serve as Military, Police, Fire Fighters, EMS and other first responders. You are appreciated and your dedication and service has not gone unnoticed.